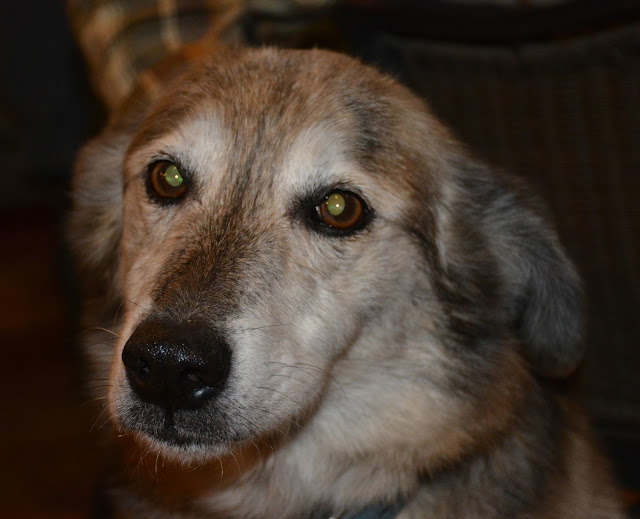 I met Claire in the Fall of 2008. Her name was Heather at the time. The instant I looked into her eyes I was in love. Claire had been living on a 6 foot chain for the previous 4 years. She had had several litters of puppies. She had been part of a large group of dogs, many of whom were wolf hybrids, who were being bred and living on chains, north of Spokane.

Hope Dodge contacted me about these dogs who were living in her neighborhood near Loon Lake. Ultimately, Hope was able to get the dogs moved to her property and from there we helped her get the dogs placed into hybrid rescues. Those who were not wolf hybrids were placed into other rescues, or adopted.

Claire came home with me.

For the first several months Claire would hide in the yard. She would not let us come near her. She was extremely shy and somewhat feral. In fact, we had to trick her to bring her into the house. This went on for months, until gradually she would let me get a little bit closer and a little closer bit by bit.

It's been seven years since I brought Claire into my life and she now invites me into her life with great enthusiasm. In the evening she curls up next to me and she nudges my arm. She wants to be wrapped up in a complete and warm embrace.

I love this little wild waif so much and am so glad that I listened to my heart when bringing her home.

The dogs who came from this rescue have Hope Dodge to thank. Sadly, Hope passed away a few years ago. I'm sure that she is watching over those whom she saved. Thank you Hope, for saving our Claire and so many others. You gave us all hope. 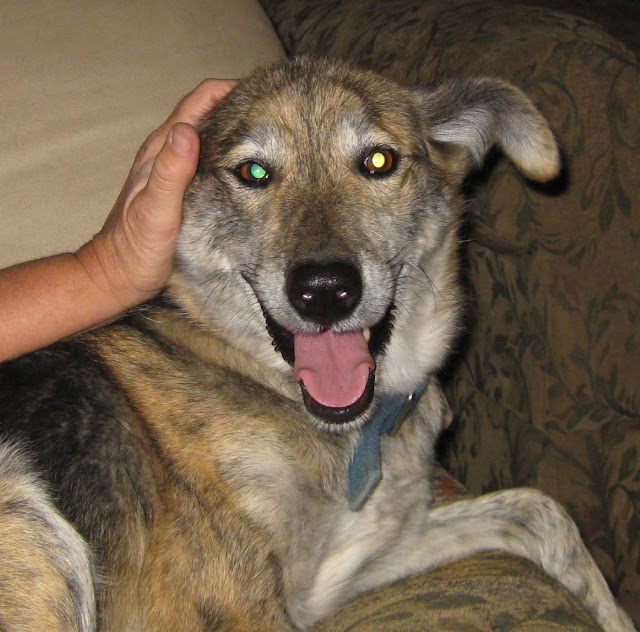 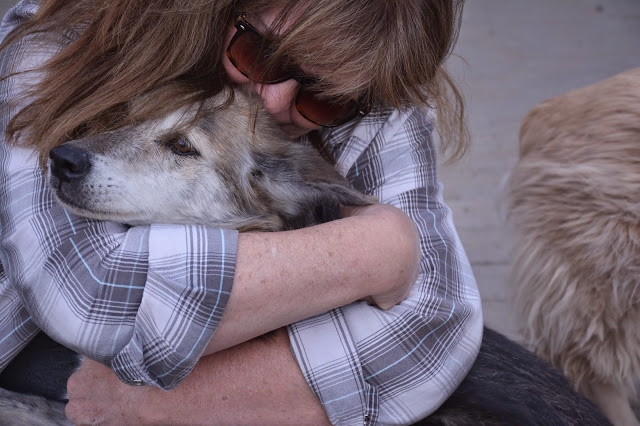 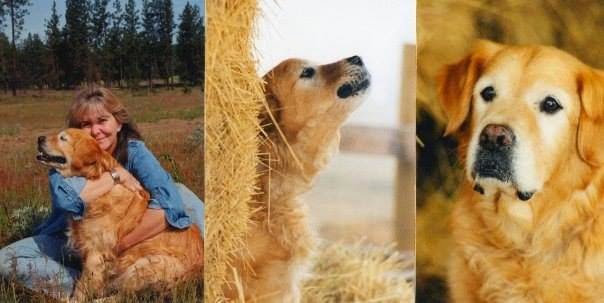 River
November 1986 was the month I met River. Walking into the puppy room of the Spokane Humane Society was one of the most important moves I have ever made. Before me was this beautiful, fluffy little blonde puppy. He immediately had me.
When adopting him the staff told me that his mom was three quarters pitbull. He had an underbite, a wide forehead and the most soulful eyes I had ever seen.
River was the first dog I had adopted on my own as an adult. River taught me about compassion and empathy through his unconditional love. Being the most consistent person in my life, he helped ground me and reinforce feelings of connections. For so long I had been in a survival mode of going back to school for my teaching degree while working and trying to make ends meet.
When I accepted a teaching position in Arizona I was filled with anticipation, excitement and anxiety. Not knowing a soul in Arizona, I drove there in the summer of 1987, with my best friend, River. He moved with me between W… 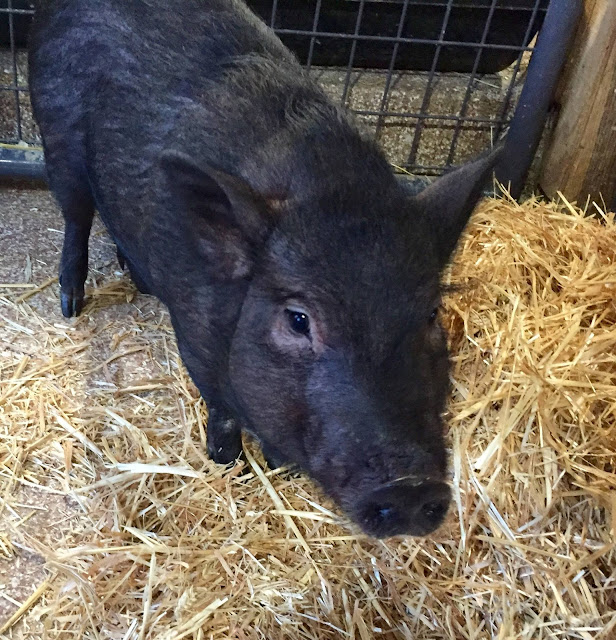 A Man and His Pig

He called in desperation. His voice and words were sincere. He had escaped the hurricane damage of his home in Puerto Rico with his little companion, Mile, pronounced Meelay. Mile is a one year old pig.

Braulio was reaching out to as many rescues and sanctuaries he could find in the Pacific Northwest. He had relocated to Seattle with Mile, but his living situation would not allow him to keep her. The landlords had given him a timeline of rehoming her.

One of the most common reasons people give when taking animals to shelters is 'moving'. There are times when we can't predict what will be happening in our lives and surely there are times when people are met with unexpected hardship and changes, when their animal companions are impacted. And sometimes, 'moving' does not give the details of why placing their animal in a shelter is the kindest, or only, option. However, I have known people who were simply unwilling to put in the extra effort that it would take, to inc…